QIf ALPS-treated water is safe, why is it being stored? Surely it is only being stored because it is unsafe.
AIt has been technologically possible to discharge the water safely, but the decision to store the water onsite was made in order to fully consider the potential social repercussions and reputational damage that may occur as a result of all future possibilities.

Tritium is disposed of at nuclear power plants around the world (including Japan) in adherence with clearance levels. Its impact has been monitored, and no issues that can be attributed to tritium have been confirmed. In a report released by the IAEA in April, 2020, the discharge of ALPS-treated water stored at the Fukushima Daiichi plant is acknowledged to be "technically feasible" and to "allow the timeline objective to be achieved." The decision to store the water at the plant to date was made to allow time to fully consider the potential social repercussions and reputational damage that may occur as a result of future actions. Experts in the relevant fields have given careful consideration to the course of action for the treated water, and after 6 years more than 4,000 reports have been compiled, and the decision to discharge the water into the ocean has been reached. 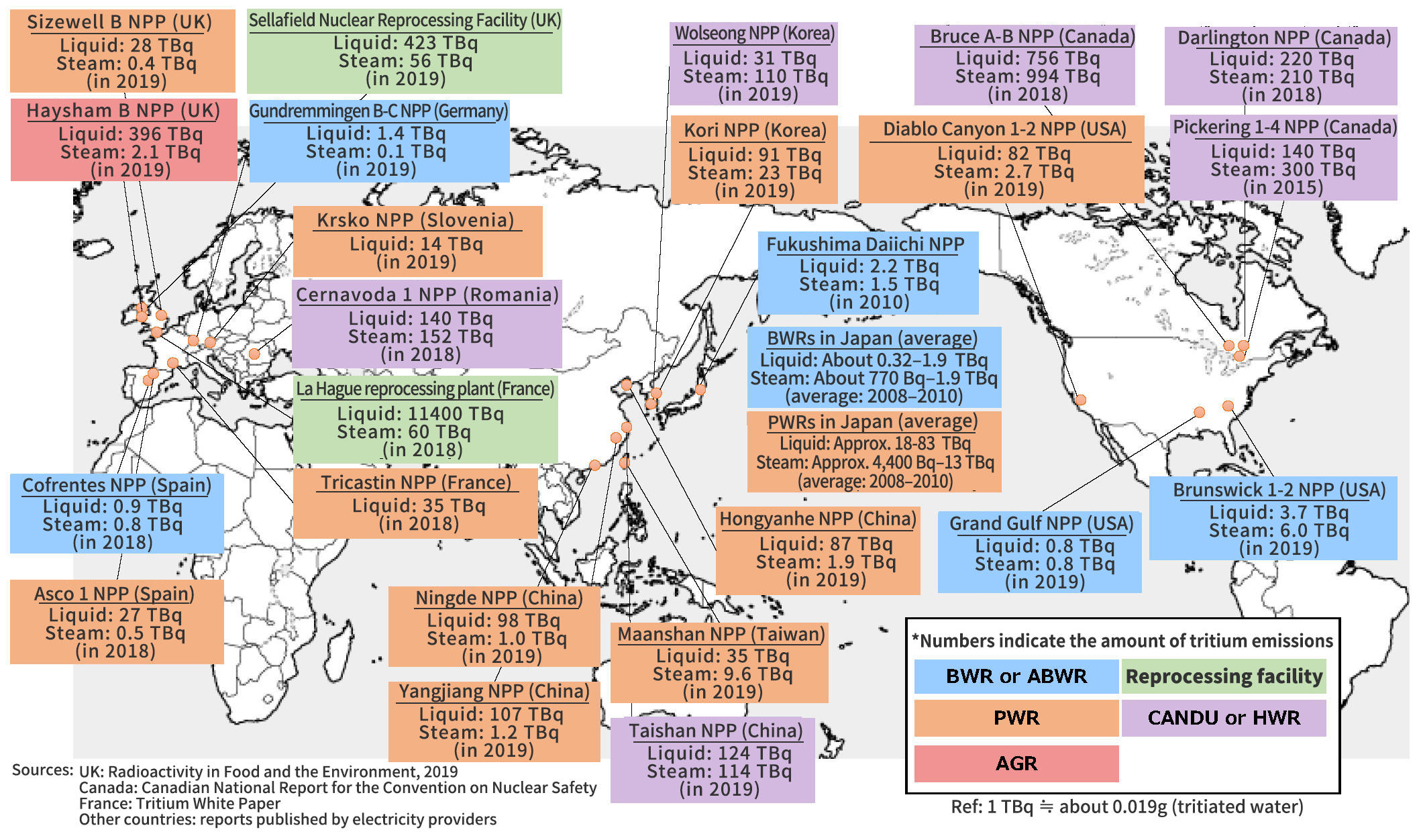 METI: What is ALPS-treated water? p.9