According to the International Nuclear and Radiological Event Scale (INES), the international indicator for the safety significance of nuclear and radiological events, the accidents at the Chernobyl and Fukushima Daiichi power stations are rated Level 7. However, the damage and consequences of the events differ.

The first difference concerns the accident scenarios. In Chernobyl, the nuclear reactor exploded and the graphite in the reactor core burned extensively, causing the dispersion of large amounts of radioactive materials over an extended period. At the TEPCO Fukushima Daiichi Nuclear Power Station, the reactor cooling system was disabled, causing the reactor cores to melt, which in turn led to hydrogen explosions. The explosions damaged the roofs of the reactor buildings, and radioactive materials were released into the atmosphere in a gaseous state, but the fuel remained within its containment structures.

The atmospheric release of radioactivity is another important difference. For radionuclides that have short half-lives but deserve consideration from a health perspective such as cesium and iodine, the amounts released at Fukushima Daiichi were around 10–40% of Chernobyl. Radionuclides with long half-lives such as plutonium were only around 0.02–0.1%.

After the accident at Fukushima Daiichi, the Japanese government moved rapidly to implement protective measures, evacuating people and halting food shipments from the area. These actions limited exposure, and as a result no adverse health effects have been confirmed. This is another key difference between the two accidents. 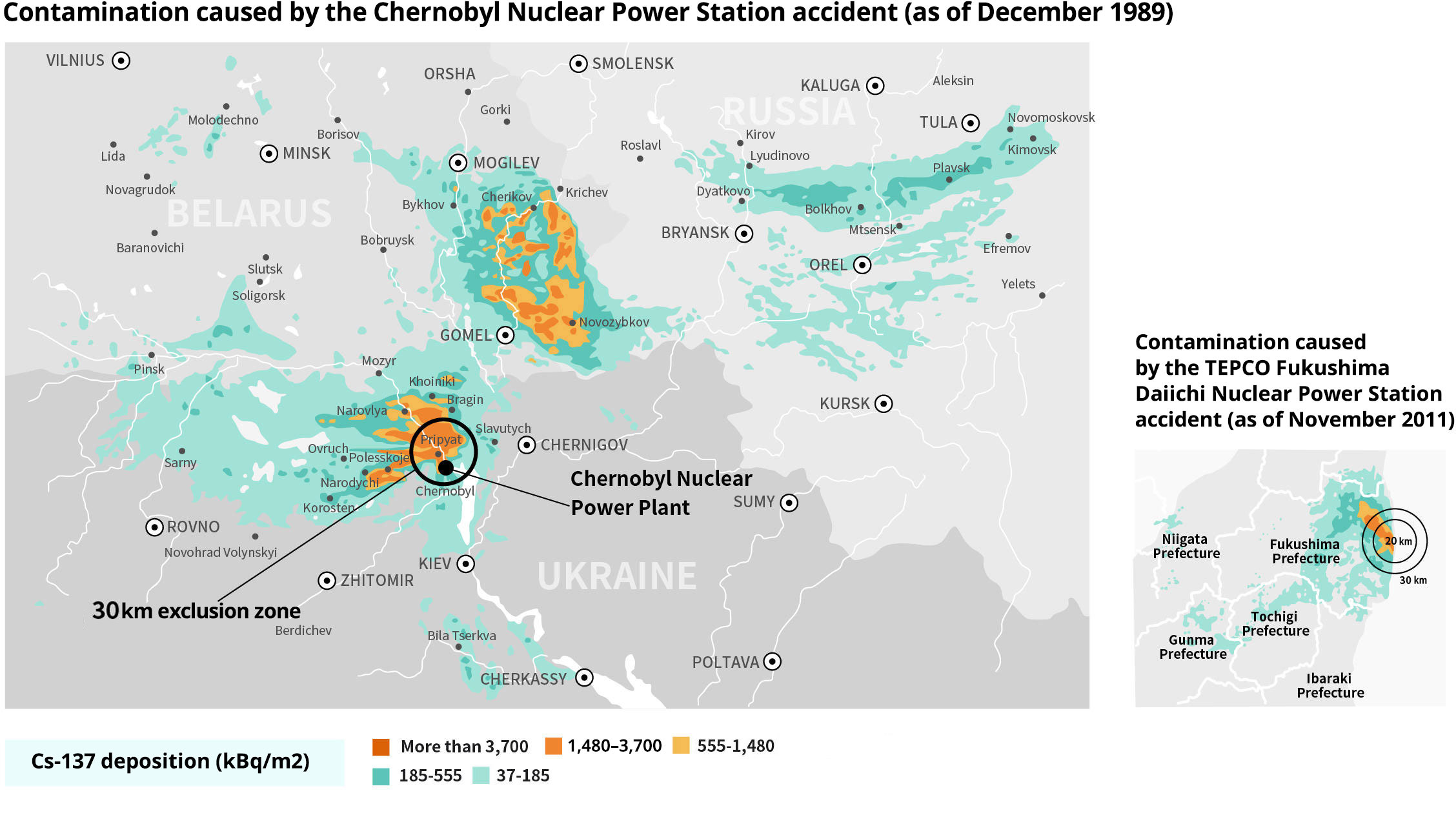 Ministry of the Environment: Booklet to Provide Basic Information Regarding Health Effects of Radiation, Chapter 2 2.2 Comparison of Estimated Amounts of Released Radionuclides Between Chernobyl and Fukushima Daiichi NPS Accidents

Reference
Ministry of the Environment Government of Japan: BOOKLET to Provide Basic Information Regarding Health Effects of Radiation