QIs all of Fukushima contaminated with radiation?
ADecontamination work has been scheduled for some areas, and has been completed in all but the Difficult-to-Return Zones.

Radioactive material was released from the power station following the accident. However, measures including decontamination initiatives have significantly reduced radiation levels. In Difficult-to-Return Zones, decontamination work is ongoing.

According to surveys of ambient doses rates over an 80-kilometer radius around the TEPCO Fukushima Daiichi Nuclear Power Station, the average dose at a height of 1 meter from the ground has decreased by around 78% since immediately after the accident.

What's more, radiation levels will continue to decrease naturally as radioactive materials stabilize. This process occurs over time, with the material emitting less radiation as it becomes more stable.

As of March 2018, thorough area-wide decontamination work has been completed in 100 municipalities across 8 prefectures (not including Difficult-to-Return Zones). The work is being carried out in accordance to the Act on Special Measures Concerning the Handling of Environment Pollution by Radioactive Materials. It has been ongoing since January 2012 and is being carried out at local- and central-government levels. 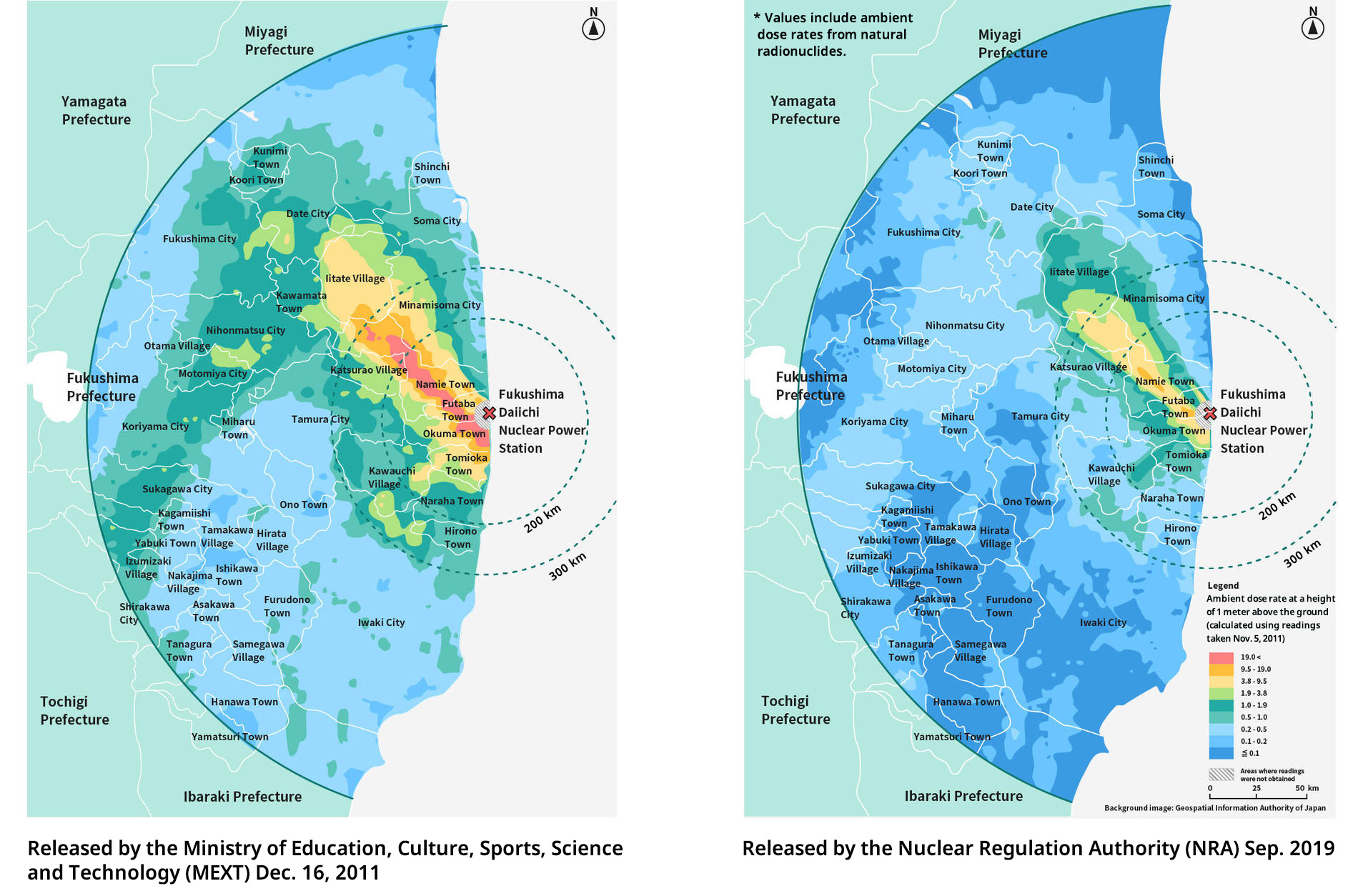 Ministry of the Environment: Booklet to Provide Basic Information Regarding Health Effects of Radiation Chapter 7 7.1 Distribution of Ambient Dose Rates in Fukushima Prefecture and Neighboring Prefectures 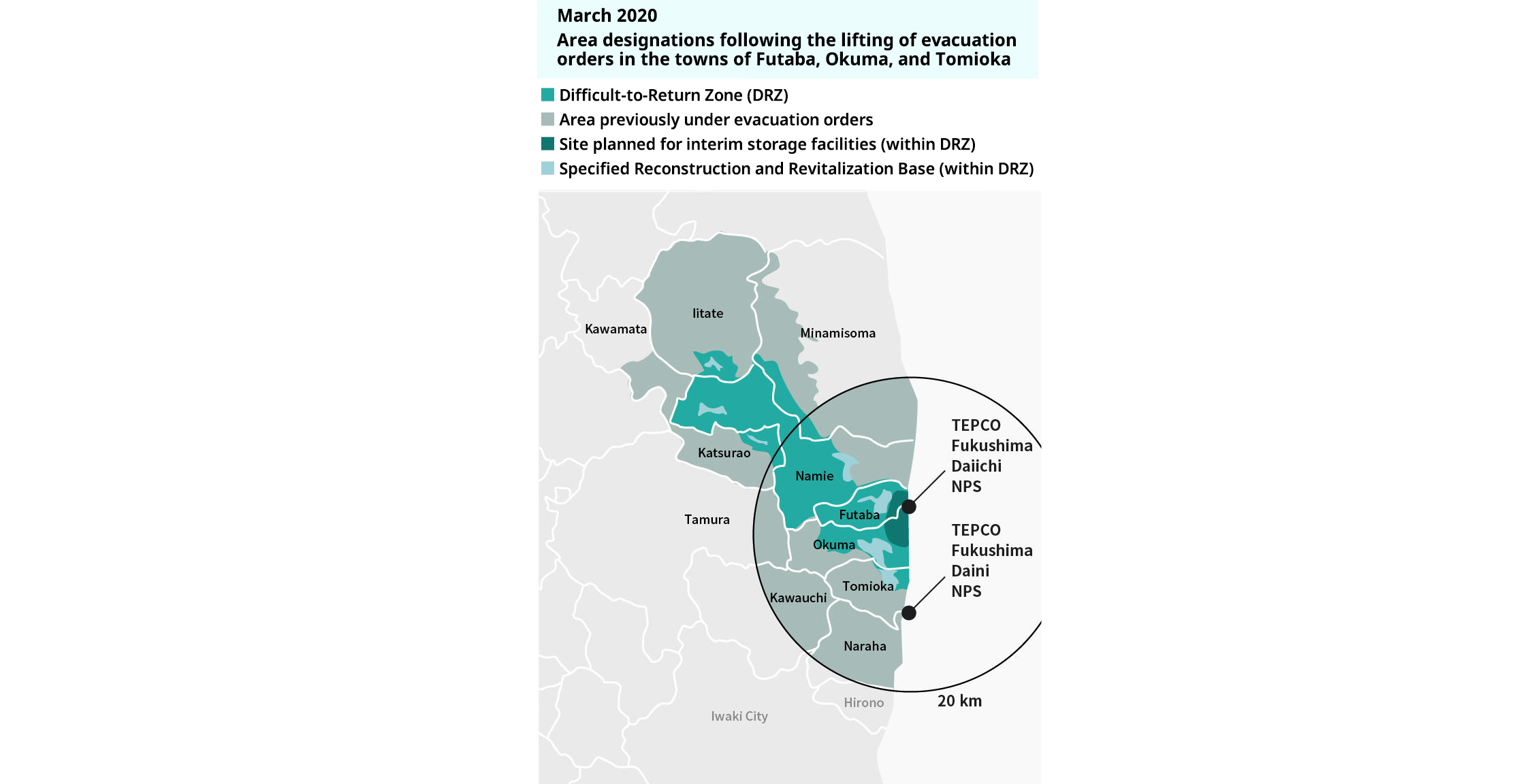