The IAEA (International Atomic Energy Agency) has commissioned a team of nuclear power experts to conduct international reviews of conditions and initiatives related to decommissioning of the reactors and contaminated water, and the results of these reviews are in the public domain.

Responding to requests by the Government of Japan, the IAEA has implemented international peer review missions related to this roadmap four times: in April 2013, November-December 2013, February 2015, and November 2018. The findings of the reviews have been compiled into reports that are also publicly disclosed on the IAEA website. 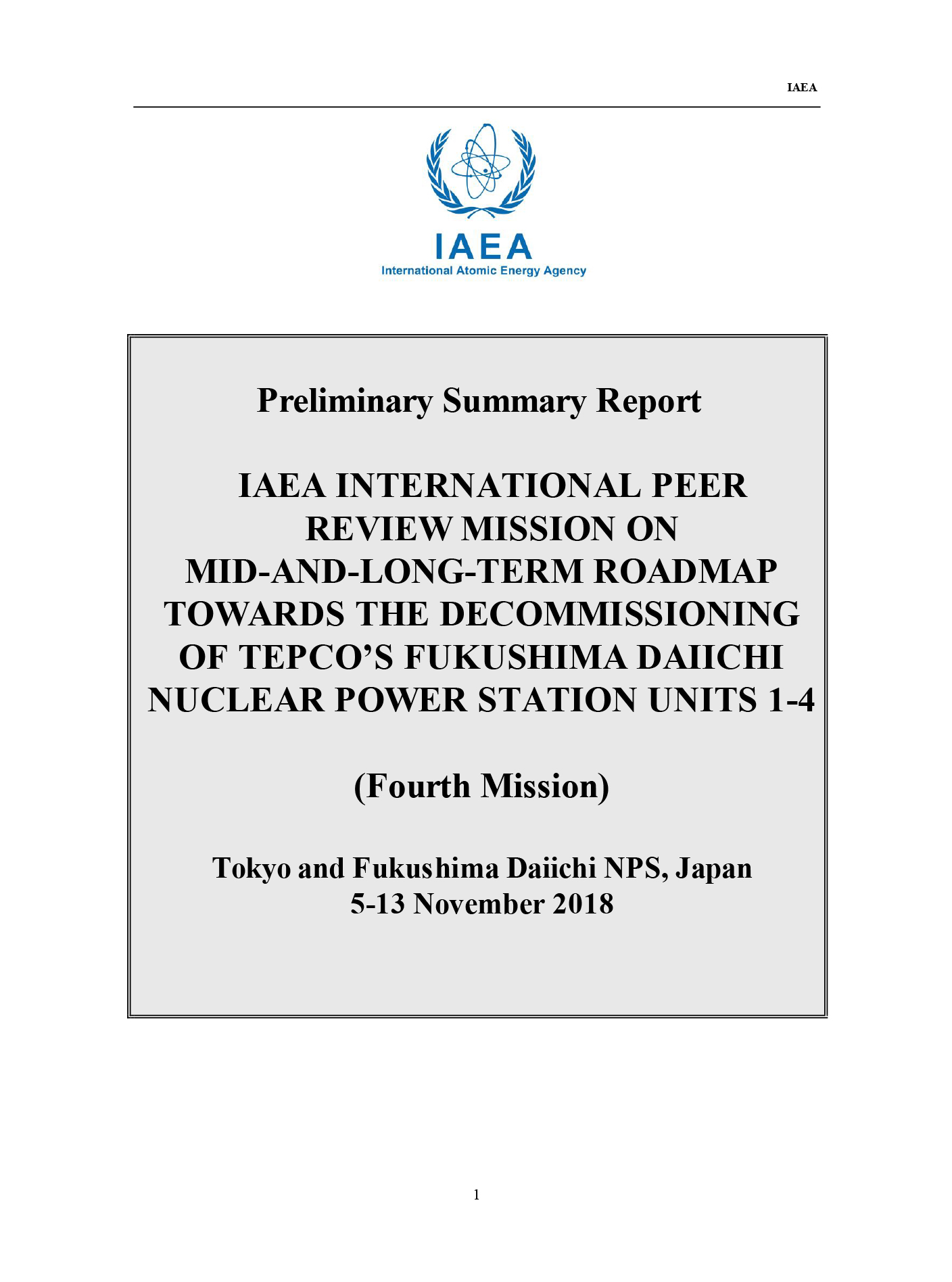