QIsn't all of Fukushima Prefecture contaminated with radiation?
AApart from the difficult-to-return zones, removal of radioactive materials has been completed in the areas where it was decided to conduct decontamination.

The nuclear power station accident led to the release of radioactive materials, however, except in the "difficult-to-return zones", radiation dose levels have been greatly reduced thanks to decontamination efforts, etc.
According to surveys of air dose rates over a 80-kilometer radius around TEPCO's Fukushima Daiichi Nuclear Power Station, the average radiation dose at a height of 1 meter from the ground has decreased by approximately 78% compared to immediately after the disaster.
Moreover, because radioactive materials have the property of "transforming into stable materials while gradually releasing less and less radiation over time", this also means that radiation dose levels are declining.

Concerning decontamination, initiatives have been implemented based on the Act on Special Measures concerning the Handling of Environment Pollution by Radioactive Materials since January 2012 by the central and local governments, and thorough area-wide decontamination had been completed in 100 municipalities in eight prefectures apart from the "difficult-to-return zones" by March 2018. 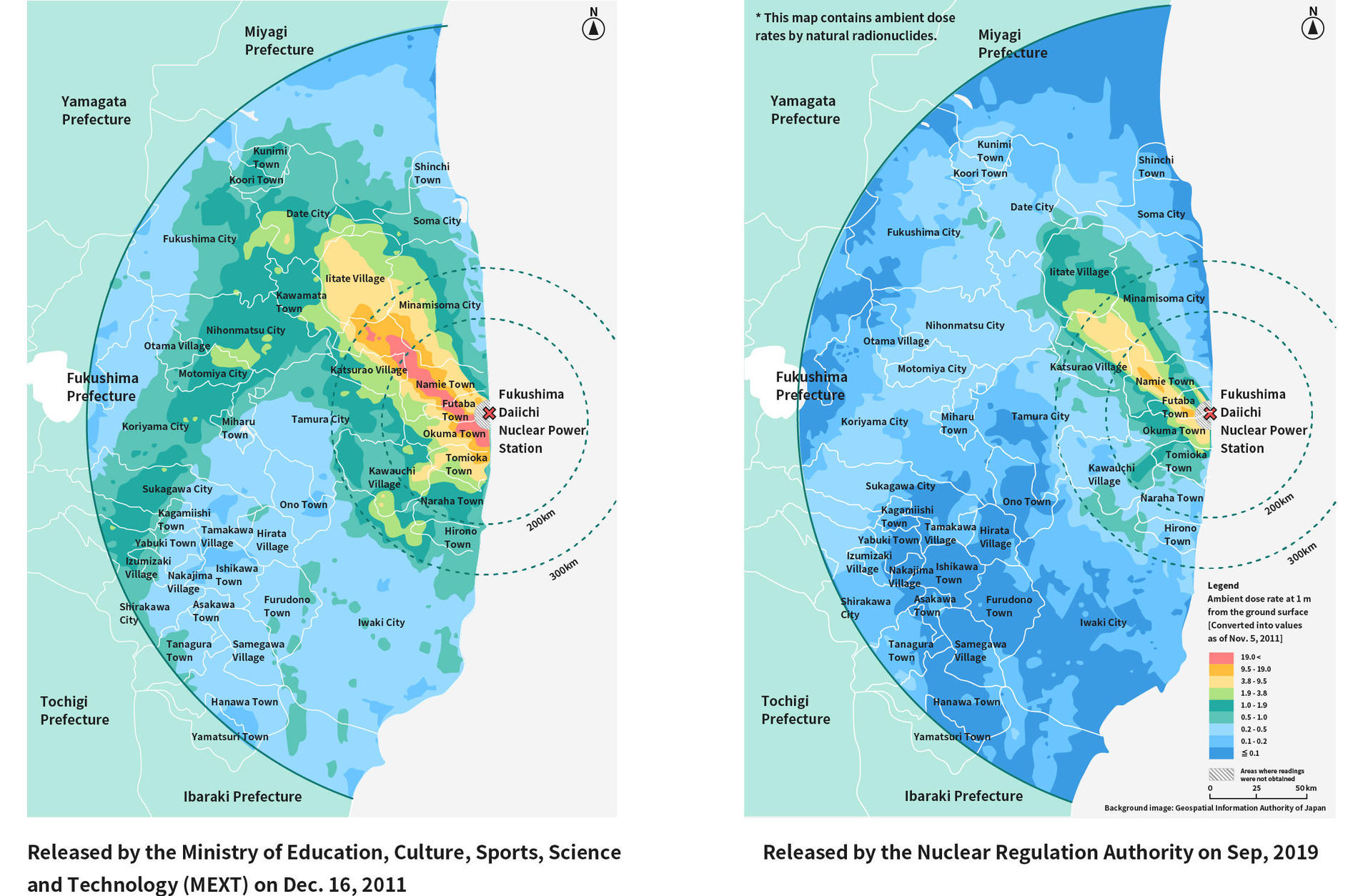 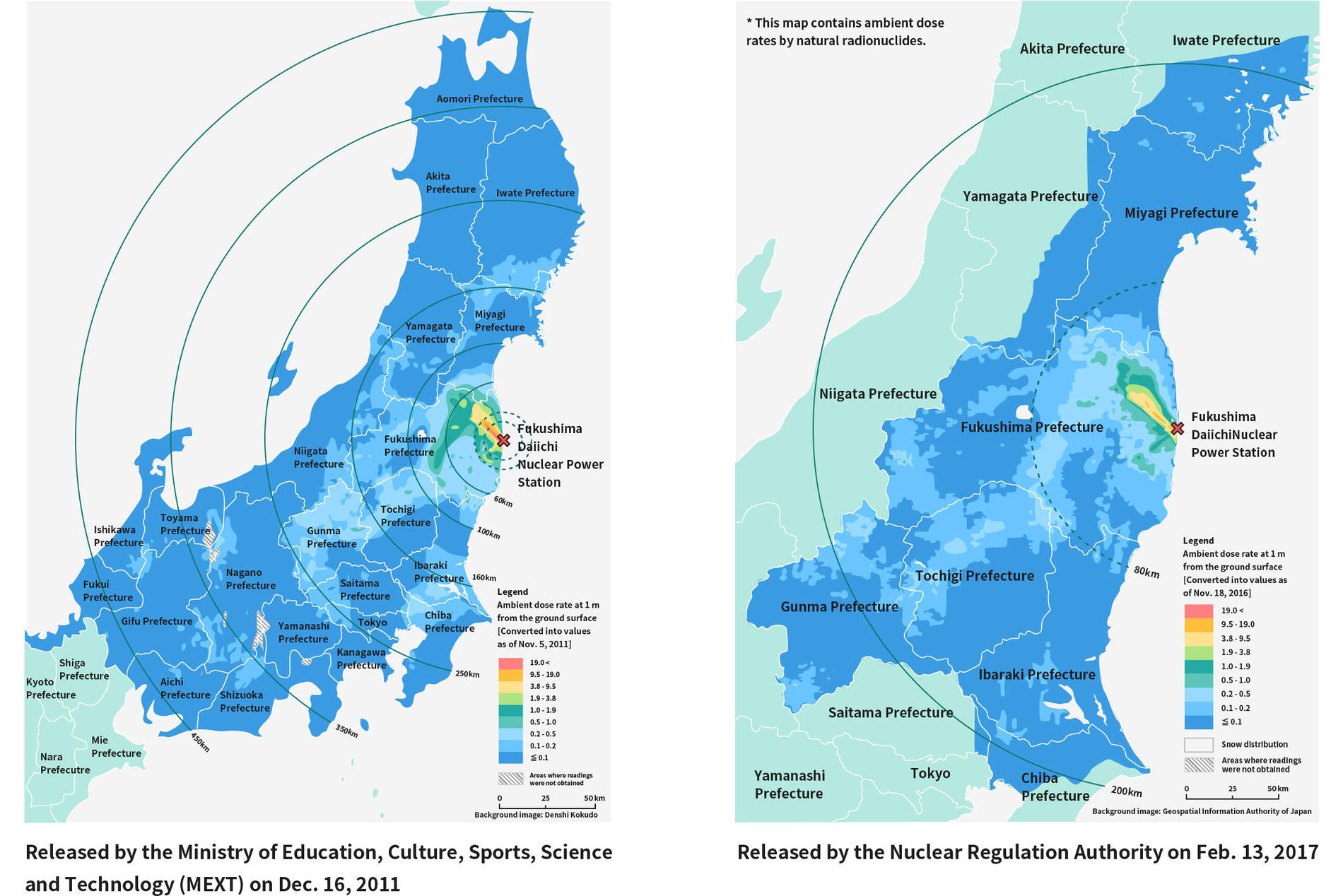 Ministry of the Environment Government of Japan: BOOKLET to Provide Basic Information Regarding Health Effects of Radiation Chapter7 7.1 Distribution of Ambient Dose Rates in Fukushima Prefecture and Neighboring Prefectures

Ministry of the Environment Government of Japan: Environmental Remediation