QAre food products from Fukushima safe?
AJapan's food safety standards are among the most rigorous in the world and apply to food products throughout the country, including Fukushima. Japanese food products undergo inspections before being distributed on the market, and those that pass inspections are deemed safe.

Japan's food safety standards for radionuclides in food are set at the strictest levels in the world, and food products from Fukushima and throughout Japan undergo rigorous inspections.

Japan's limit for radionuclides in food is set at a safe level (<1 mSv/year) so that the risk of health effects from regular consumption is negligible. This level is within the guideline levels set by the Codex Alimentarius Commission (CAC), an international committee that sets food safety standards.

In Fukushima's food-producing regions, measures such as the control of fertilizers, soil conditioners, and culture soil have been implemented to limit the transfer and absorption of radionuclides in crops and livestock. And agriculture, forestry and fishery products are subject to monitoring inspections before distribution, the results of which are publicly disclosed.

Because of the measures that have been implemented, there is a continuing year-on-year decrease in the levels of radionuclides in food. And in recent years, there have been hardly any cases of radioactive cesium exceeding the upper limit value (100 Bq/kg in general foods; 50 Bq/kg in milk).

Assuming average dietary habits, exposure from the intake of food is at a negligible level of approx. 0.0005–0.0010 mSv/year. This corresponds to around 0.1% of the upper limit (<1 mSv/year). As such, any effect on health is unlikely. 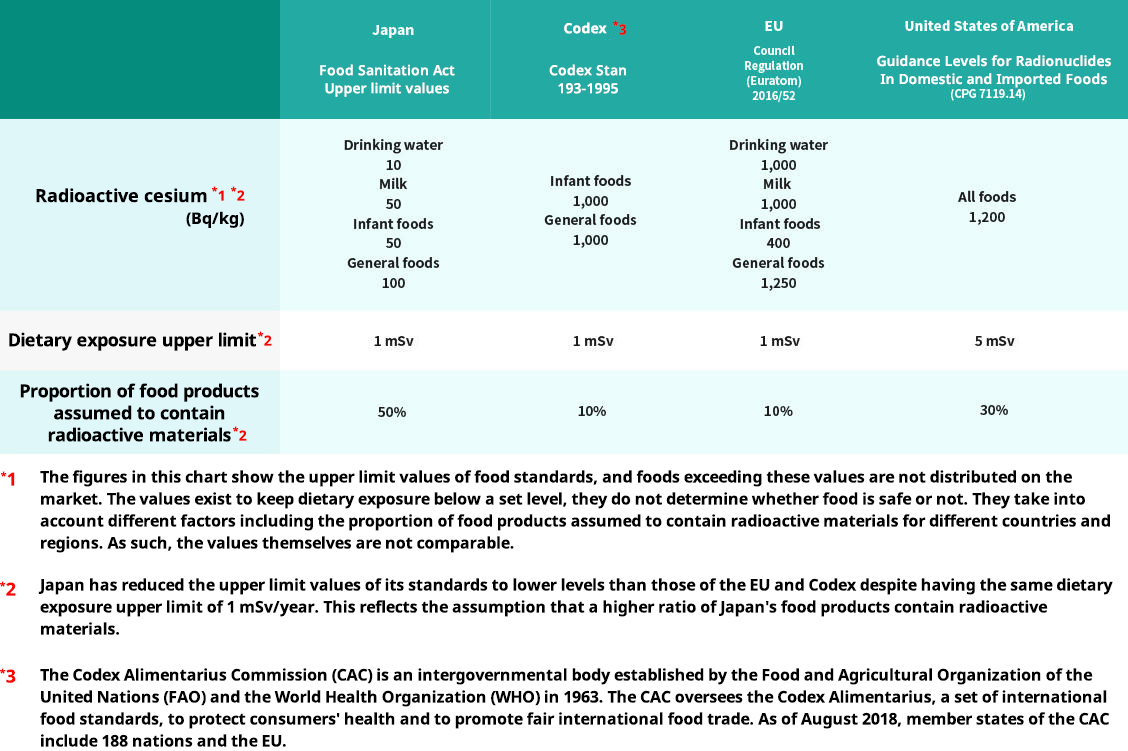